Sixteen years ago, on December 2001, a meeting held in Budapest, initiated by Open Access Society, marked the beginning of Open Access Initiative as we know it today. Open Access Society in Budapest, Hungary, as a part of Open Society Foundations funded by investor and philanthropist George Soros, himself of hungarian descent, connected leading proponents of open access for scientific and scholarly journal literature, that resulted in declaration of Budapest Open Access Initiative, or BOAI, which launched a worldwide campaign for open access (OA) to all new peer-reviewed research, based on a tradition of “the willingness of scientists and scholars to publish the fruits of their research in scholarly journals without payment, for the sake of inquiry and knowledge”. 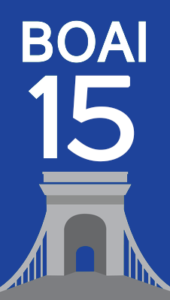 Boosted by better internet availability to general public in early 2000s and its ease of use for purposes of information dissemination, the OAI quickly became a recognizable force which was followed by two major declarations in 2003, first Bethesda Statement on Open Access Publishing, that defined open access journal as one which grants a “free, irrevocable, worldwide, perpetual right of access to, and a license to copy, use, distribute, transmit, and display the work publicly and to make and distribute derivative works, in any digital medium for any responsible purpose, subject to proper attribution of authorship” and Berlin Declaration on Open Access to Knowledge in the Sciences and Humanities stating that “disseminating of knowledge is only half complete if the information is not made widely and readily available to society. New possibilities of knowledge dissemination not only through the classical form but also and increasingly through the open access paradigm via the Internet have to be supported. We define open access as a comprehensive source of human knowledge and cultural heritage that has been approved by the scientific community”.

Based on these and other declarations by scientists, librarians and many publishers, we can extrapolate motivations for free access to knowledge, that  are somehow natural in accordance to generally high morals of scientists. During the flow of history, researchers were many times confronted with tough decisions associated with war conflicts or cunning diseases. Nowadays, the morality of open publishing seems easy, but is it?

In this Open Access Cycle on SciteCard, we will address many topics revolving OAI, including advantages and disadvantages, current state, controversies and future projects.